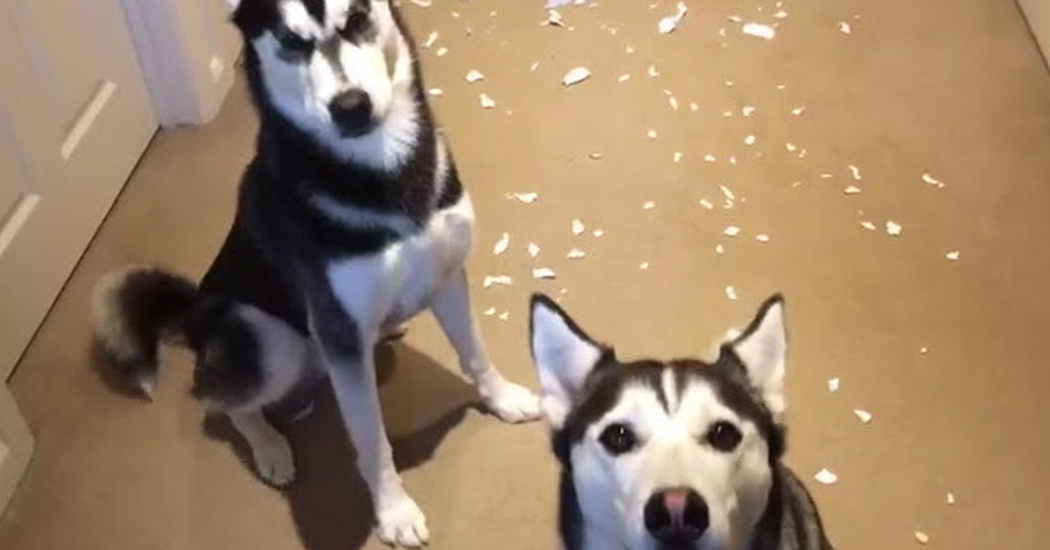 Having a dog in the house certainly provides a lot of benefits and for many of us, multiple dogs are the order of the day. They provide us with so much love that we often overlook some of the issues that may come up, but not always. When the owner of these dogs saw a mess on the, he decided to confront them but he was expecting them to get into an argument over it.

The mess was a letter that had been ripped up into shreds and scattered over the floor. The dogs in this video are Phoenix and Dakota, but when the father confronts them over the mess in the room, they begin to argue with each other in the most hilarious way possible. This is a conversation that you will not quickly forget.

In the end, we don’t really know what the dogs are saying but more than likely, we have a good idea. Dogs will be dogs and these problems are going to occur from time to time, but as long as they do things this adorable, we can’t help but forgive them.