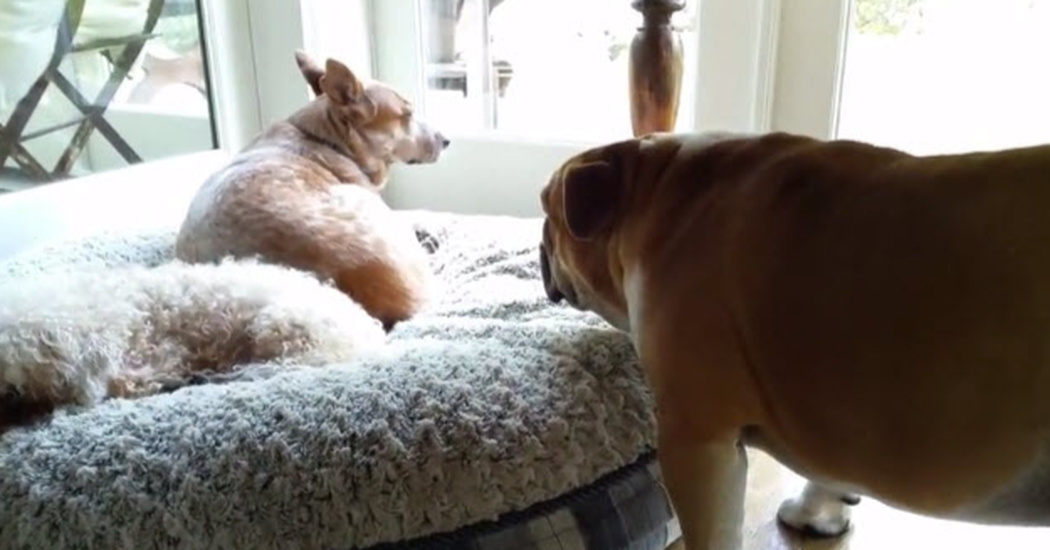 If there is one thing that I know about dogs, it’s the fact that they love to sleep. As a matter of fact, I’ve had dogs that were champion sleepers, and it seems that the only time they woke up from a nap was so that they weren’t late for going to bed at night. They will sleep anywhere that it is comfortable but sometimes, they have their own special spot and they wouldn’t trade it for anything.

It appears as if this bulldog has his own spot but before he was able to get there for his nap, his little friend had taken the area. It is rather amusing to see him pacing back and forth and waiting to get his position in his comfie bed but the other dog is having none of it. In fact, he absolutely refuses to get up.

Of course, persistence is always going to pay off in the end and that is what this dog managed to discover. He finally complained enough about the other dog in his sleeping quarters until he was able to get there and finally get the sleep he desired.