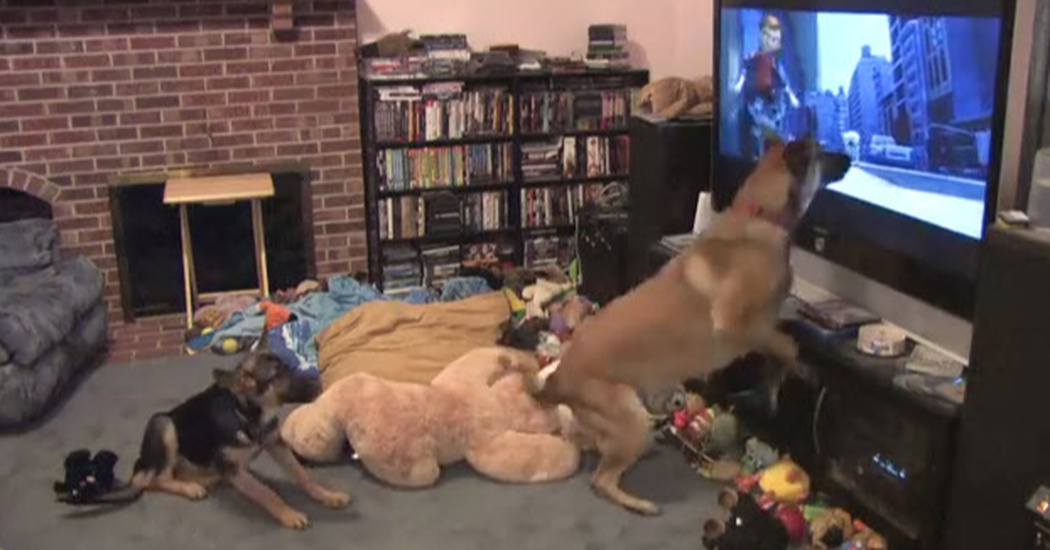 As humans, we typically have a favourite show or film that we watch over and over again. At times, it may be a popular flick but at other times, it could be one that we don’t readily admit that we watch so frequently. In any case, it is something near and dear to our heart and that is why we appreciate this video so much.

The dog in this video is Stryker, and he also has a favourite film that he enjoys watching over and over again. The film is Bolt, and it is about a dog as well. Every time that Bolt comes out on the screen, he reacts in the most adorable way possible. In fact, he has watched the film so often that he recognises when Bolt is about to come out, even before he shows up on the screen!

Of course, he is totally expecting his friend Bolt to play along with him, but regardless of whether he does or not, Stryker does not give up. It is the cutest thing that you are going to see all day and you are certain to fall in love with this precious video.