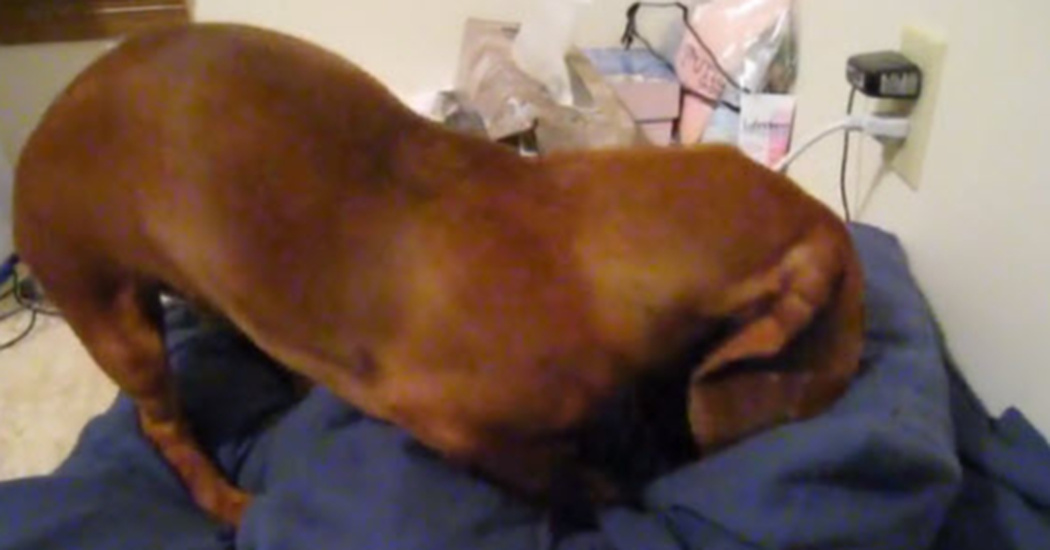 Many of us tend to have a daily ritual and we tend to go through it without fail. It typically starts when we first get up in the morning but it may last until we go to bed at night. Sometimes, there are also very specific things that we do during the day and it just doesn’t seem as if things are right unless they get done. Apparently, this little dog is feeling a similar issue.

When Henry gets ready to go to bed at night, he has a ritual that he goes through which is quite adorable. He actually makes his bed every night, and he won’t lay down until it is absolutely perfect for him. It’s almost as if he is suffering from a form of doggie OCD, but it is something that his owners absolutely love to watch him do on a nightly basis.

Some dogs seem as if they can sleep almost anywhere but other dogs are rather fussy about where they lay down at night. It looks as if Henry enjoys his bed, but he needs to make sure that it is prepared perfectly before he hits the hay.