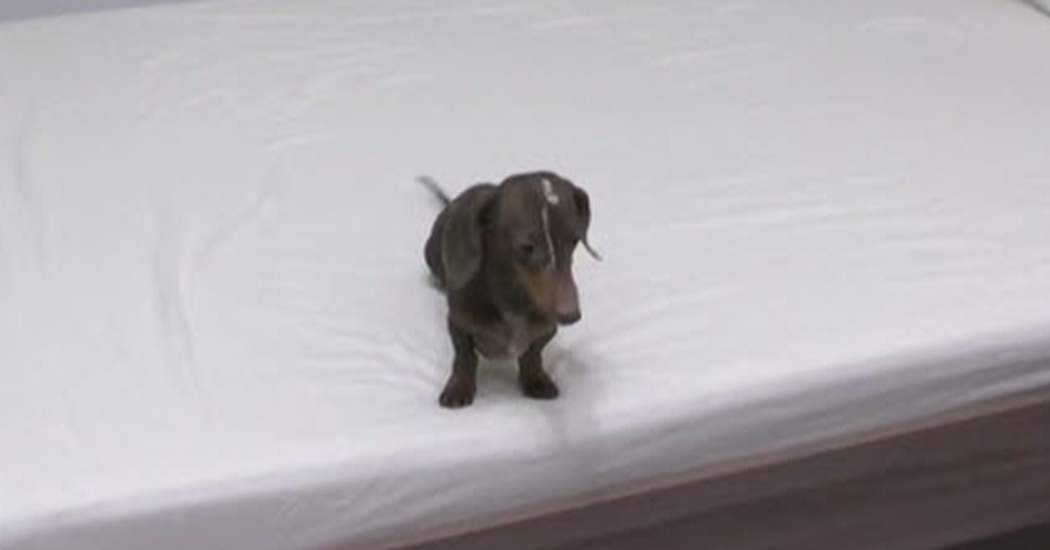 From the time we were very young, it seems as if the areas of the home that were off-limits were the most enjoyable to visit. It doesn’t matter if it was jumping on our parent’s bed or sneaking down into the basement, those were the moments that many of us remember the most. Apparently, this is not only something that affects humans but it affects dogs as well.

The Dachshund in this video was not allowed on the bed, but he wasn’t about to let a little thing such as permission stop him from doing what he wanted to do. That is when the human set up a hidden camera and caught him in a most compromising position. Not only did he jump up onto the bed, he did it with extreme prejudice and ran a few laps, just for good measure.

Not only is it adorable to watch this dog in action, you might even be a little bit jealous of his level of energy. Regardless of whether he is allowed on the bed or not, we are sure that his humans got a good laugh out of it. I know I did.