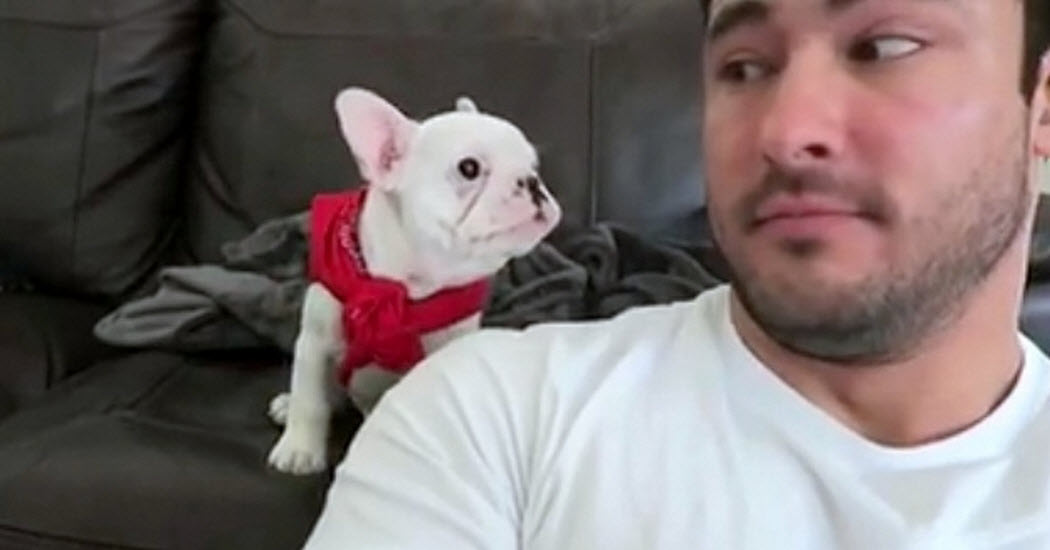 There is a problem that many people have but most people are unaware of the fact that it can be a real issue. From time to time, we may receive kudos from others and it comes in the form of a sincere compliment. When you get that type of a compliment, how do you react? Many people tend to downplay what they did, but it is always best if you just look them in the eye, tell them thank you and let them know how much it means to you.

It seems as if it is not only humans who may have a difficulty receiving compliments, this adorable puppy is getting a compliment as well. It may be a short clip, but it just goes to show the love that is between the man and his beloved French bulldog puppy. The puppy had just received a brand-new bandanna, and the man tells him he looks handsome!

You are not going to believe how this dog reacts to such a compliment. It just goes to show that we can also be enthusiastic, anytime somebody passes a compliment our direction.