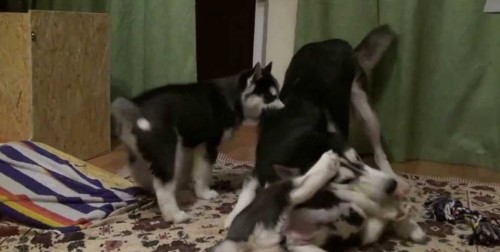 One of the joys of being a mother is watching your babies having a good time. At times, however, their playfulness may get the better of you, especially if you have had a trying day. It looks like the mamma husky in this video has finally reached the end of her rope.

As the husky puppies play around her, she tries to sit on the sidelines and watch. It isn’t long until they push her to the limit and she gets up to stop them. The problem is, it just becomes another game to these adorable puppies.